What length of hair is suitable for my face shape? How to maximize your bone structure 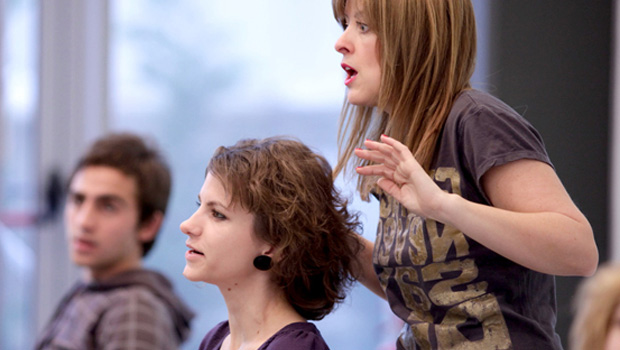 6 steps to becoming a great hairdresser –

The Wolf Cut: A Brief History Of K-Pop’s Most Controversial Trend

Style advice from the fifth generation owner of a business that started before the samurai were allowed to cut their top knots.

SoraNews24’s Japanese-speaking journalist Masanuki Sunakoma has been on a mission lately, looking to change his hairstyle by seeking advice from some of the country’s most unusual hairdressers.

His most recent shaggy pursuit led him to Shibagaki Hair Salon, located in Yokohama, about an hour by train from Tokyo, in the neighboring prefecture of the capital, Kanagawa.

This humble showcase doesn’t look like many neighborhood barber shops you will find in Japan, but for those in the know, this is one of the most historic places you can get because it is the oldest hairdressing salon in the country.

Founded in 1897, just 30 years after the end of the Edo period (1603-1867), Shibagaki Barber Shop predates the Danpatsurei government edict of 1871, which allowed the samurai to cut their top knots and wear their hair in the Western way.

After the edict was enacted, Shibagaki Barber Shop founder Eikichi Shibagaki switched from hairdressing to haircutting to keep pace with the changing times.

▼ Eikichi is the man sitting in this photo, with second generation owner Kyutaro standing behind him.

During the Meiji period (1868-1912), Japan experienced a period of Westernization that extended beyond hairstyles to influence all facets of daily life. Meanwhile, the Shibagaki barber shop was located in the same place where it was first established – at Sumiyoshi-cho in Naka-ku, Yokohama.

▼ This 1906 photo of the Shibagaki Barber Shop shows the Western influence evident in the uniforms, furnishings, and decor.

After surviving the Great Kanto Earthquake in 1923, World War II unfolded from 1939 to 1945, after which Shibagaki was forced to relocate by order of Headquarters (Office of the Supreme Commander of the Allied Powers, title held by General Douglas MacArthur during the Allied Forces War). occupation of Japan after WWII).

It was then that Shibagaki moved to Hatsunecho, where the business continues to this day. Today, 124 years after the creation of the company, 5th generation owner Shintaro Shibagaki continues the family business and 78 year old man has been cutting hair for clients here since 1958.

It’s not as busy here as it was at its peak, back before cheap haircuts and cool stylists hit the scene in the 90s. Still, Shibagaki has a list of loyal customers who visit him regularly for his professional touch, and a few appointments every now and then of people wanting to experience an old-fashioned barber.

When it comes to styles, the vast majority of customers just sit down and leave it up to Shibagaki to decide what type of haircut would suit them best. And that’s what Masanuki decided to do as well, leaving the care to the master as he sat in the barber’s chair.

Shibagaki asked Masanuki to take off his mask so he could see his features while he was cutting our reporter’s hair, and seeing his face, the barber simply said: “A close to the body abroad “ and went straight to the cup.

While Masanuki felt like he needed to put his mask back on, he wasn’t the type to argue with the master, who was fully masked and happy to discuss the history of the store as he cut the barnet. from our reporter.

When it came time to wash his hair, Masanuki was surprised to hear Shibagaki ask him to lean forward. Our reporter looked a little puzzled, until Shibagaki explained that he preferred the lean forward style to wash, as opposed to the back style, as it allows him to wash the back of his head. more efficiently.

As he leaned forward, Masanuki felt Shibagaki’s fingers go into the right places, and he realized that the forward leaning style meant all of his hair was exposed, which would make it much easier for the person rubbing to be rubbed down. scalp.

Masanuki’s experience with different hairstylists introduced him to a variety of washing styles, some even using cold water, so he considered this one another unusual technique to remember.

What really surprised Masanuki, however, was the shave and massage he received with his cut. After softening the skin on his face by massaging it with a beautifully scented cream, Shibagaki steamed Masanuki’s entire face with a hot towel, applied a generous amount of shaving foam and began to shave his face. with gentle, confident movements.

▼ It was pure craftsmanship, and Masanuki felt a strange sense of security as he put his face in the barber’s hands.

To end the service, Shibagaki pulled out a heavy-looking metal device that piqued Masanuki’s curiosity.

Demonstrating it in action, Shibagaki explained that it was a machine developed during the Showa era (1926-1989) for massage. When the machine was applied to Masanuki’s shoulders, it felt amazingly good, with incredibly strong vibrations that released all the tension in his muscles.

In total, it took about an hour for Masanuki’s styling session to be completed. It was a fantastic experience, and there was something so special about being able to fully enjoy the talented skills handed down by a family since the 1800s.

As for the cut? Masanuki was suitably impressed. True to the reviews he had heard, Shibagaki really knows how to cut hair to match a person’s face, and the perfectly even gradation of length from short to long is a testament to the skills of a master barber.

Old-school barbers like this are unfortunately on the decline in Japan, so it’s nice to be able to visit and help out when we can. If you want to receive a haircut with over a century of expertise, Shibagaki is definitely your man. On the other hand, if you want an exaggerated pompadour hairstyle popular with up-and-coming revelers, then this barbershop in Okinawa is your perfect destination.

Previous “It’s been a nightmare”: salon owner hit by BMW speaks out as business reopens after collision
Next Beyond the Curb: Get an Exclusive Glimpse of the Breathtaking Climb in This Week’s River City Living